While  speaking  at a  NCLC  lecture, Florence  Kelley  met  Frances  Perkins,  who soon became Kelley's close friend  and an important asset  in the fight for her cause.

While serving as the Secretary  of  Labor,  Perkins  sought  to  create strong  child  labor legislation  that could be not deemed unconstitutional once again.

"She turned to the leadership of the NCLC and asked the committee to be helpful to her, and then to congressional leaders for drafting the Fair Labor Standards Act so that it focused on child labor and focused on child exploitation and didn't get distracted from that" -Jeffrey Newman, current President of the National Child Labor Committee (Student Conducted Interview)

Both the NCLC's  campaign to popularize child labor legislation and  its ties with Secretary of  Labor  Frances  Perkins were instrumental  in  the passage of  the Fair Labor  Standards  Act, which strictly abolished child exploitation.

"An early form of the bill being readied for Congress affected only wages and hours. To that version Roosevelt added a child-labor provision based on the political judgment that adding a clause would increase the chance of getting a wage-hour measure through both Houses, because child-labor limitations were popular in Congress"
-United States Department of Labor [1978]

The FLSA specifically detailed the minimum wages,  time  restrictions,  and  ages  for both non-adult and adult workers. 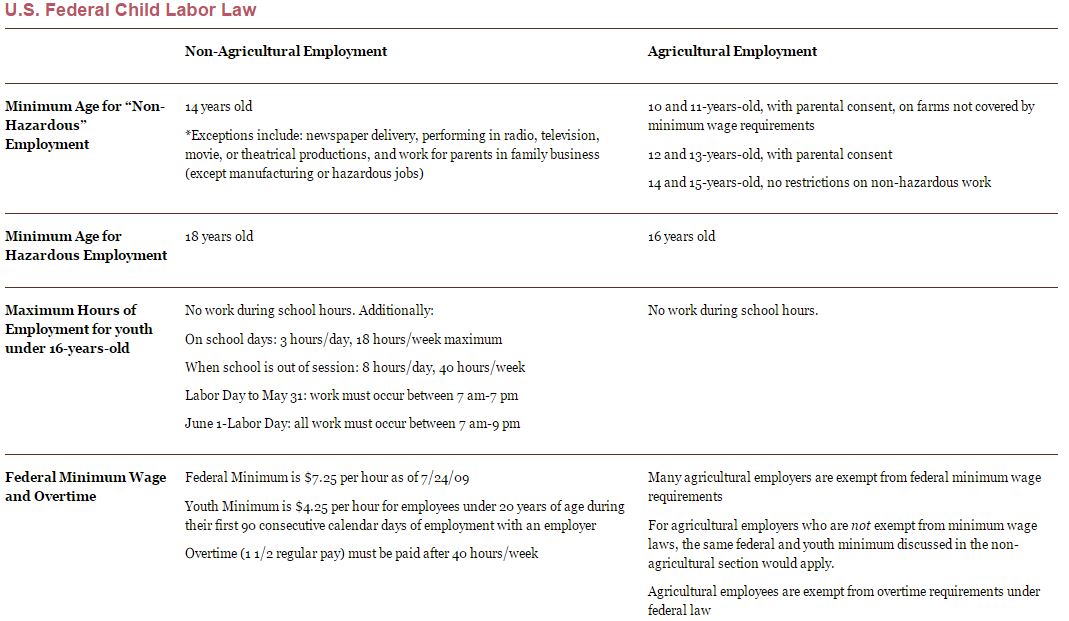 [United States Department of Labor, n.d.]
Not only did the leadership of the NCLC  facilitate the progress  of national legislation regulating child labor, but it allowed for federal standards of  all forms of labor to be passed alongside the child labor provisions, setting a precedent and a legacy that allowed for congressional  management of  future issues pertaining to labor.