"Child labor in this country was so widespread, and so much a part of economic reality in the early part of the 19th century, that no one looked toward or expected its abolition" -Report on the Youth Labor Force, Bureau of Labor Statistics [2000]

"Some people did choose to defend child labor by arguing that the work required of children was not particularly grueling or difficult. Such supporters did not truly understand the nature of many of the jobs done by child workers"
-Tim McNeese, Professor of History at York College [2007]

Known for her firmness and fierce energy,  Florence Kelley  was one  of the  most vocal and  active leaders of the  NCLC. Her contribution to its leadership  is evident in her  powerful ability to voice the atrocities of child labor to the public.

"[She was] the toughest customer in the reform riot, the finest rough-and-tumble fighter for the good life for others, that [we] ever knew" -Jane Addams, Member of the Board of Directors for the NCLC [n.d.]

Kelley directed the efforts of the committee with her famous speeches and  scholarly articles. 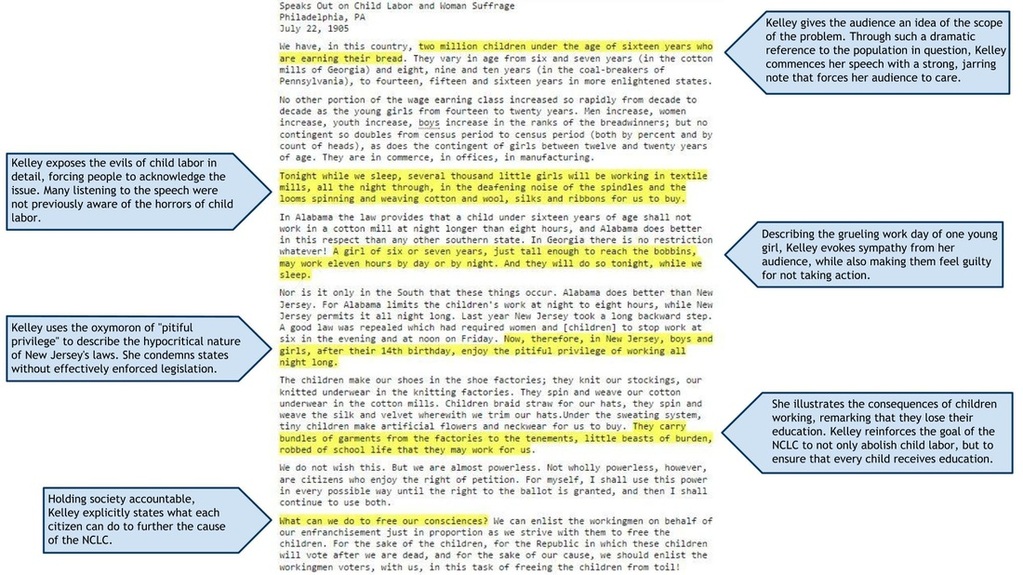 Florence Kelley for the American Academy of Political Science in the City of New York 114-115 [Jul. 1912]

"It was Florence Kelley, the pioneer in this field, who first maintained that the term 'industrial accidents' as applied to children was a misnomer and insisted that we speak of industrial injuries. An accident implies something which just happens, which cannot be prevented, whereas such wholesale maiming of children by industry constitutes criminal negligence" -Gertrude Folks Zimand, Children Hurt at Work, The Survey [1932] 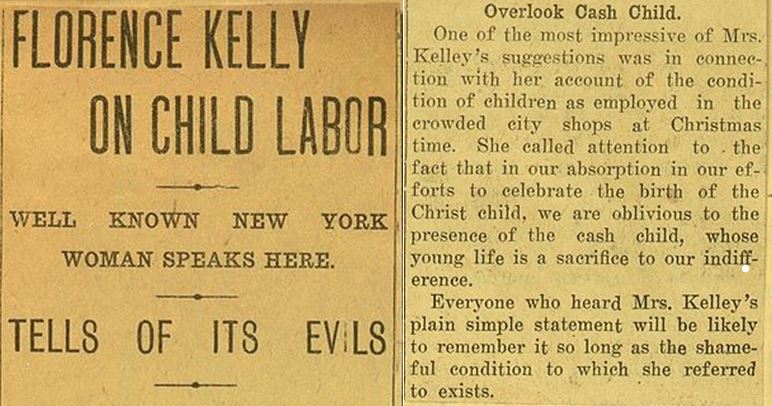 "Florence Kelly Speaks on Child Labor" [Library of Congress: Miller NAWSA Suffrage Scrapbooks, 1897-1911]
After the success of the work of Florence Kelley, the National Child Labor Committee recognized the importance of raising awareness in order to obtain the support needed to pass effective legislation.

"One of the first steps took place in early 1908 with the hiring of a tailor’s son from Fond du Lac, Wisconsin, a budding anthropologist and photographer, Lewis Wickes Hine. His photographs would awaken the consciousness of the nation, and change the reality of life for millions of impoverished, undereducated children"
-National Child Labor Committee [2010] 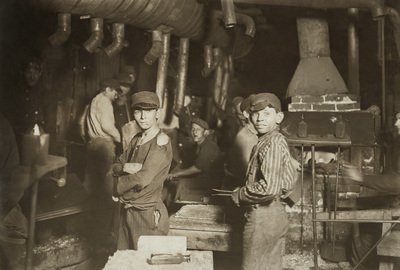 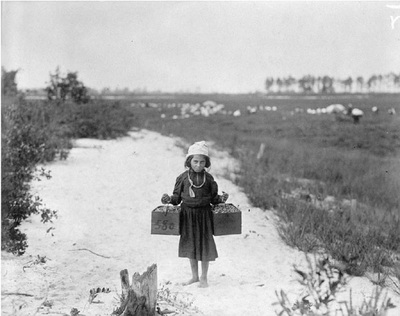 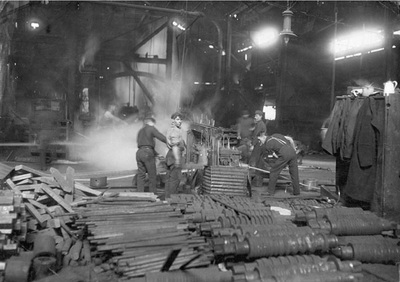 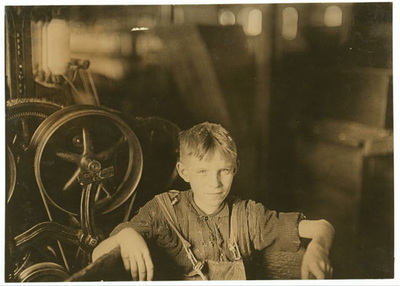 "Lewis Hine was the active staff member of the NCLC whose images and work really triggered a national awareness and even worldwide consciousness of the realities of child labor and the dangers of child labor"
-Jeffrey Newman, current President of the National Child Labor Committee (Student Conducted Interview)

Hine's photos  were meant to shock and anger those who viewed them. They were intended to mobilize public opinion and became a powerful weapon in the crusade against child labor.

These exhibit panels questioned the public's view on the costs of child labor to not only the children, but to society and the nation as a whole, ultimately forcing each individual to question their personal justification of child slavery.
A newspaper reporter who saw an exhibit of Hine's photos at a NCLC conference in Birmingham, Alabama wrote:

"There has been no more convincing proof of the absolute necessity of child labor laws...than these pictures showing the suffering, the degradation, the immoral influence, the utter lack of anything that is wholesome in the lives of these poor little wage earners. They speak far more eloquently than any written work - and depict a state of affairs which is terrible in its reality-terrible to encounter, terrible to admit that such things exist in civilized communities" [1915]

Pamphlets and  brochures were an extremely useful tool in the NCLC's  campaign, as they were very easily distributed.

"Made in Philadelphia at the beginning of the 20th Century, this significant document displays a sophisticated understanding of design, presenting us with an item which would easily fold up into something small and able to fit into a back pocket, a wallet or purse. In terms of dissemination and reaching an audience it is mobile, flexible and easily transported"
-Allan Sekula, artist and writer [1997] 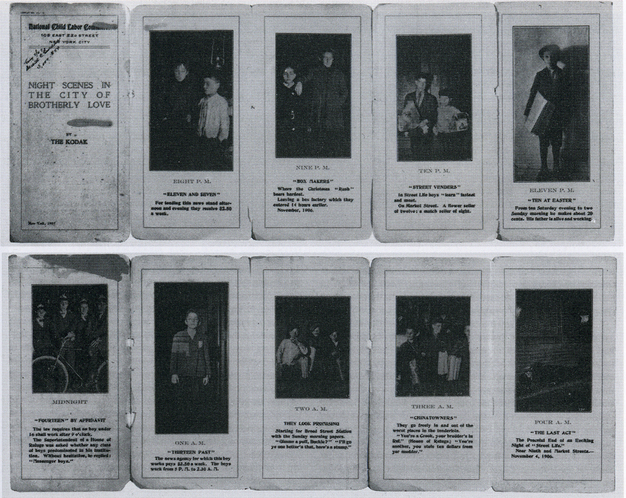 This pamphlet contains portraits of young boys at work though the night of 4 November, 1906 - and highlights the plight of these individuals while simultaneously reminding the viewer that these young boys too belong to a community [Library of Congress NCLC Collection, 1906]
Featured in the pamphlets were  various writings, including this "Declaration of  Dependence":

The National Child Labor Committee writing on the behalf of child laborers [Library of Congress NCLC Collection, 1913]
As a result of the persuasive campaign led by the NCLC,  a growing number of Americans  were convinced that the federal government should be actively concerned with children's welfare. This started a national debate concerning the issue.